Broadening the frame of Music Education 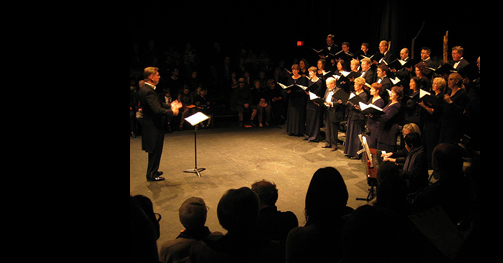 Contrary to popular belief, music is not a universal language.  The Solesmes’ reasons for intoning Gregorian chants near Sablé sur Sarthe, France, have little in common with the Tuvans’ motivations for throat singing in Siberia.  The Carnatic vocal music of southern India has scant relation to North American hip hop.  Different musical practices reflect cultural differences throughout the world and within contemporary societies.  In fact, different musics usually serve the people who engage with them as important means of psychological and social balancing relative to their culturally distinctive worldviews. As a performing musician, researcher, and teacher, Dr. Scott Goble seeks to understand the intentions and effects (personal, social, and political) associated with different musical practices as well as the cultural relationships among them. 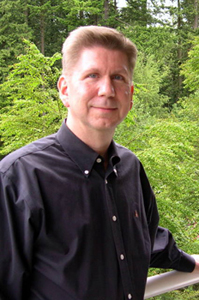 In his teaching and performing, Dr. Goble presents and illuminates different musical practices for students and audiences in terms of the meanings they held for those with whom they originated, as well as the meanings they have come to hold for those who presently engage with them. For example, he has prepared and conducted concerts with singers and instrumentalists focusing on the musics of particular communities (such as “A Celebration of Jewish Music,” “Joyeux Noël: Christmas Music of France and French Canada,” “Reflections of Spain: Musics of the Spanish Diaspora in the Americas), on themes of experiences shared in common by different communities (such as “To Free the Spirit: Songs of Oppression and Liberation”), and on the musics made by cultural communities undergoing significant social changes (“Musics of the U.S. Civil War”).  His classes and concerts include spoken and printed content addressing the distinctive worldviews and cultural orientations that are reflected in the musics. 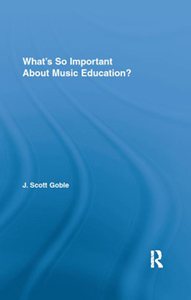 In his book, What’s So Important About Music Education? (Routledge, 2010), Dr. Goble shows how the pragmatic philosophy and semiotic of C. S. Peirce might serve to account for the varied musical practices and the different conceptions of music held by people of different communities. One chapter identifies historical factors that have contributed to determining the conceptions of music that have predominated historically in the U.S.  Another chapter presents a chronicle of significant rationales and philosophical statements that have served to support school music education there, explaining how the nation’s separation of church and state, its embrace of democracy and capitalism, and the rise of recording, broadcast, and computer technologies have contributed to changing the ways music teachers and concerned others have conceptualized music and its role in education since the European settlement of North America began. His book concludes by presenting a re-conceptualization of the role of music education in the schools of culturally pluralistic, democratically governed nations, one that addresses different musics as societally significant cultural practices. 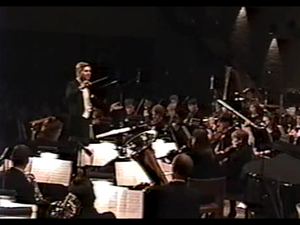 In one of his current research projects, Dr. Goble is reviewing Canadian music education curriculum documents to see whether curriculum writers are sustaining long-held European art tradition-based concepts (such as aesthetic appreciation, music as a fine art, and notions of musical works as art objects) or are broadening the frame of music instruction to address also the dynamic personal, social, and political effects of different musical practices.  He writes: “School music education that attends to the pragmatic efficacy of different cultural forms of musical engagement can foster students’ thoughtful and critical engagement with musics, support the egalitarian ideals of culturally pluralistic, democratically governed nations, and make more clearly evident to everyone the societal importance of music study in schools.”